Julie’s musical career has kept her busy as a flutist in Manitoba since graduating from Brandon University with a Bachelor of Music degree. Her many performances have included playing for Red Skelton, the CBC Spring Festival, Rainbow Stage, and Kenny Rogers. One of Julie’s claims to fame is playing flute in the orchestra for Rod Stewart’s “Unplugged Concert” in Winnipeg in 1993. Julie is also featured on the recording “Live at the West End Cultural Centre with Paquito D’Rivera” on flute and saxophone. For more information about Julie, please click on the button below.
MORE ABOUT JULIE

Tony is a well established Classical and electric guitar performer. He is a self-taught guitar player with twenty years experience playing all styles ranging from Classical to Country to Jazz. As well as playing guitar, Tony has performed with the Winnipeg Symphony Orchestra on percussion. Other performances include playing percussion with Western Canadian Touring Orchestra for “Les Miserables”, and the South East Asia Touring Orchestra for “Phantom of the Opera”.

Julie and Tony have been performing together since 1985 in Winnipeg, Southern Manitoba, and Northwestern Ontario. The Duo has charmed audiences with their variety of music from Classical to Pop. Tony and Julie have played many weddings, banquets, dinner parties, and have entertained the Crown Attorney’s Association of Manitoba at their annual Christmas party since 1988. Other engagements have included performances for the annual Legislative Building Open House, and the United Way Campaign windup gala. 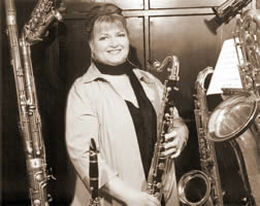 Julie Husband (Flute) and Heidi Peters (Piano) bring a wealth of knowledge and experience to their energized performances as “The Duo”. Both performers have strong, diversified backgrounds as music educators and performers. Julie’s music machines have regularly graced the Winnipeg performance scene, from WSO Pops Concerts to Rod Stewart to Tito Puente and other jazz greats. In addition to traditional performances as a piano accompanist, Heidi was both a studio musician and piano coach for the child stars of “The Oustide Chance of Maximillian Glick”. “The Duo” has performed before many audiences, young children to adult, since it’s inception in 1986. 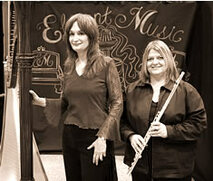 Performing all styles of music from Classical to Pop to Light Jazz. Entertaining and appealing to everyone. Experienced musicians performing in every setting for Wedding Ceremonies and Receptions, Banquets and Promotions.